You are contemplating your first purchase of Teak Furniture and you are wondering if you are making the right decision? Well, you are and in this quick article, I will explain why I believe that.

If you already use Teak Wood in some of your favorite outdoor furniture, then this article will just be fun information for you to know and share with your friends when they ask you, why did you buy Teak Wood versus?.

It is no surprise, or it should not be, that Teak Wood has been the favored wood for generations. The secrets of this wood are out and they have been for a long, long time.

It is not a well known fact, but is has been written that the Chinese have been renowned sailors for generations. Many of their ships were built and designed to not only sail in the oceans, but also to move up river. Much of the trade then, was done several thousand miles up river and not out in the ocean. These ships needed to be versatile, durable, and tough.

The wood used to build these early Chinese ships was Teak. It is also said that the Chinese shipbuilders would bury the wood logs in moist soil for years prior to building their ships. This made the wood much stronger and impervious to anything that could be encountered on the high seas,including enemies. Why was this important? It was important because approx. 600 years ago the Chinese were set out on a task by the Ming dynasty to sail to the edge of the world. Apparently they circumnavigated the world several times. But this is going off to another subject. Lets get back to the subject at hand (I’ll bet you didn’t know that you would actually be learning something too?).

Later in years, British naval ships were made from Oak, also a very hard and durable wood. The British encountered two problems with oak: Wood Worms and a lack of Oak trees. Woodworms were destroying the ships in the British Naval Fleet. Woodworms were the scourge of wooden ships throughout history. It could take 850 oak logs to repair one ship. It took a little over 2000 oak logs just to build one ship. The British needed ships as they continued for some time to have maritime issues with the French and to be able to go on to conquer and take control of British colonies. The British naval fleet was their primary means to accomplish this.

The Oak supply in Europe was being quickly depleted. They knew about the Teak wood used on the Chinese ships and how rugged they were after having run into them, literally in the shipping lanes. The British had learned how impervious these ships were to all of the elements at sea: Saltwater, ocean wind, and the blistering sun. It was also learned then that Teak was found to not to splinter when hit by gunfire or artillery fire. This was a very important issue as splintering wood was the chief cause of casualties among naval warfare in the eighteenth century.

Britain was very interested to grow and produce this wood. The British quickly realized they did not need to grow Teak Wood as they could annex those countries where the Teak wood was grown and have a plentiful supply. India, Thailand and Burma were quickly annexed into the British empire. It is not to say this is why the British took over these areas, but it certainly helped to give reason. Myanmar (formerly Burma), which is just south of India, and Yangoon became the first places where Teak was being harvested for British ships. Calcutta was set up as another British shipbuilding site. All of the British merchant ships built in Calcutta were built with Myanmar Teak logs which were said to be the best. Once the wood was depleted from India, logs were harvested from Thailand and Burma.

Teak forests were quickly being depleted. Teak was now the preferred wood used for building ships, Yachts, Ocean liners and furniture. Under ocean conditions, the wood had very little shrinkage or warpage. This meant little maintenance. The wood was also impervious to wood rot and insects, like the mighty woodworm. The famous Ocean liner Queen Mary used no less than 1000 tons of teak when built. The British quickly realized the depletion that was taking place and developed a re-forestation plan. They appointed a leader to head this new bureau and began replanting Teak trees on what are now called Teak plantations. A set of very strict laws were enacted regarding who can cut Teak Wood and who can purchase it. Once these laws were set in place, one needed to have permission from the British Government to be able to cut a Teak Tree down and or export it.

Teak was also being used by the locals for huts, fence posts, and furniture. India is the third largest importer of Teak today, behind China and Japan. As much as 80% of Indias timber consumption is Teak. The wood is used in India today for local consumption; building homes, furniture, fencing, etc. It is the one wood that can withstand the monsoons, the blistering heat and the humidity. It is the wood that all other timber species are compared to.

Teak Wood contains natural oil and Silica (sand) which makes it impervious to insects, and wood rot. These substances also help it to maintain it luster for many, many years, but make it a little more difficult for the manufactures as their blades tend to dull sooner.

When many of the English ships of WWII were taken apart for salvage, the Teak Wood decks were re-manufactured into outdoor furniture like park benches. Even today they can be seen in many parts of Europe still functioning.

Most of the Teak grown today is grown on Plantations that are governed by the local governments. The demand for Teak is growing at an estimated 10% per year. Teak is a heavily regulated (and rightfully so) commodity, and is sold through the auction process. Teak is not very easy to get. There are regulatory permits that must be purchased and other expenses that go along with regulation. For example, once purchased, it is usually the purchasing companies responsibility to provide transportation if the wood is to be exported and certain countries have regulations on how many logs can be exported. Currently, Java, Indonesia is the largest exporter of Teak. There are several companies that are located in Java that will process and fashion the Teak into furniture, or planks for flooring or siding, and then export the finished item or semi finished item to countries around the world.

Teak grows very rapidly but still takes approx. 50 years to mature. Many countries are reviewing the possible rotation after 30 or 40 years. This is mainly due to the large demand for Teak. The consensus with this rotation is that the wood will not be inferior at that rate. There are some countries that are trying tree rotation after only 25 years. The results are timber that is smaller in diameter, color, and grain.

So, when add it all up, you get a much better understanding not only of what the hype about Teak Wood is all about, but the numerous qualities of Teak Wood and the supply and demand side of Teak Wood.

Many people for generations have been enjoying the warm benefits of owning Teak Wood products. Outdoor Teak Wood furniture is a Standard for many families and in many gardens, terraces, patios, verandas, ships, and yachts around the world. If you are investing in outdoor furniture, you really owe it to yourself to step into the world of Teak.

All kinds of survey companies and market researchers are offering signup bonuses to recruit new panelists. What would you say, if [...]
Read More
⇛ view similar products
Footybetter Extra 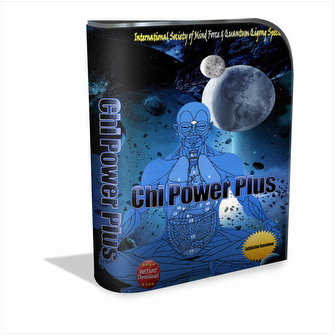 Finally Revealed: How to Master the Power of YOUR own Chi Energy Learn Powerful Methods to Build Your Chi Energy in as Little as 1[...]
Read More
⇛ view similar products
REDUCE YOUR ANXIETY IN 7 DAYS OR LESS

The system removes your need for pain-staking and annoying weeding. You get more freedom and enjoyment. It grows most plants twice[...]
Read More
⇛ view similar products
Never Fail The CPC Again

This sample test has the same basic structure and category divisions with questions very similar to those found on the real exam. [...]
Read More
⇛ view similar products
Never Fail The CPC Again

Finally You Can Harness The Real Power of The ClickBank Marketplace And Have An Army Of Affiliates Promoting Your ClickBank Produc[...]
Read More
⇛ view similar products
Witchcraft secrets