Silk may be just another fabric to most of us. But the truth is, silk is a very unique fabric that has many activists up in arms. We’re going to take a look at a brief history and some facts about silk in order to give you a little education on the subject.

The actual discovery of silk, from the silkworm species Bombyx mori happened around 2700 BC. Yes, silk has been around a long time. According to Chinese tradition, and you have to take this with a grain of salt, it was a 14 year old girl by the name of Hsi Ling Shi who discovered the invention of the first silk reel. Silk became a very valuable commodity and was sought after by many other countries. But it wasn’t until 139 BC that the world’s longest trade route was opened from China to The Mediterranean Sea. This route was named the Silk Road for obvious reasons. By 300 AD the production of silk had also reached India and Japan.

The manufacture of silk gradually made its way to Europe and America. During the 18th and 19th centuries, around the time of the Industrial Revolution, Europeans had made some great advances in the production of silk. In the 18th century, England became the leading manufacturer of silk because of the advancements in technology the country was responsible for. Some of the inventions were improved silk-weaving looms, power looms and roller printing. In 1870, however, there was a major setback in silk production. There was an epidemic called Pebrine disease, which was caused by a small parasite. This epidemic spread like wildfire through the industry, almost completely wiping out silk production. However, it is because of this epidemic that much research was done on the silkworm that ultimately led to more advances and more modern techniques. Today’s silk production is actually a combination of old and new techniques.

The silkworm itself is actually a common name for the silk producing larvae of many different types of moths. The larvae is not actually a worm. It is technically a caterpillar. There are many species of silkworm that are used in silk production but the most common of these is Bombyx mori. This silkworm is native to China and was brought to Europe and Western Asia around 600 AD. It wasn’t until the 18th century that it was brought to America.

The silk industry is the main industry in Thailand, Japan and China. Most of the silk products you’ll find in stores, especially in the United States, most likely come from one of these three countries. There are basically two methods of producing the silk. One is by hand reeling, which is mostly done in Thailand, and machine reeling, which is done in Japan and China.

The cost of silk products from these countries is very high because of the technology involved, the difficulty of producing silk products due to dealing with living creatures and the import taxes invoked on these items. That is one of the reasons why silk is such a valued commodity, especially in the United States.

In the next instalment in this series on silk we’ll pick up with a more detailed look at silk production in the three main silk producing countries.

It will teach you How to easily tailor your resume to the job you are applying for and get the recruiter's attention, gives you a [...]
Read More
⇛ view similar products
Play chess on the web for free

Play chess on the web for free. This service is very much like correspondence chess, except that the players view their games and[...]
Read More
⇛ view similar products
How To Pray Effectively

INTRODUCING Ready, Aim, Pray, an ebook and audiobook on how to make your prayers more powerful and effective. Learn how you can [...]
Read More
⇛ view similar products
Growing up children eBook 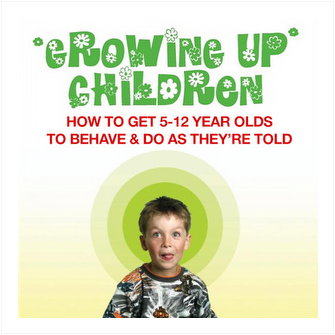 Know exactly what to say and how to tell your children what to do, not only successfully (meaning the first time) but in a way tha[...]
Read More
⇛ view similar products
Growing up children eBook

Know exactly what to say and how to tell your children what to do, not only successfully (meaning the first time) but in a way tha[...]
Read More
⇛ view similar products
No More Snoring and Sleep Apnea

Discover how you can transform your thoughts, emotions and real-world experiences into something that will enrich your life and th[...]
Read More
⇛ view similar products
Hypnosis and NLP Certification Courses

Discover how you can transform your thoughts, emotions and real-world experiences into something that will enrich your life and th[...]
Read More
⇛ view similar products
Sales Video Creator

Watch the video on this page and discover the 3 everyday questions you can use to open the armor around his heart - so you can und[...]
Read More
⇛ view similar products
The Secret Password To His Heart

Watch the video on this page and discover the 3 everyday questions you can use to open the armor around his heart - so you can und[...]
Read More
⇛ view similar products